Fantasy Molt is an monument to the marketing of a specific brand for romance to women and girls (based mostly on class and delusions of grandeur: aspiring either to be a princess , a bride or a diva), our culture’s appetite for a hyper-sexualized version of youth, and the subsequent obsession with a “real-life fairytale” wedding being a rite of passage for women. 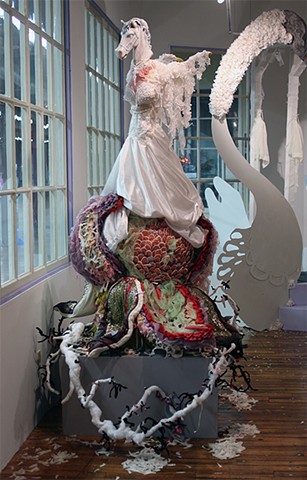 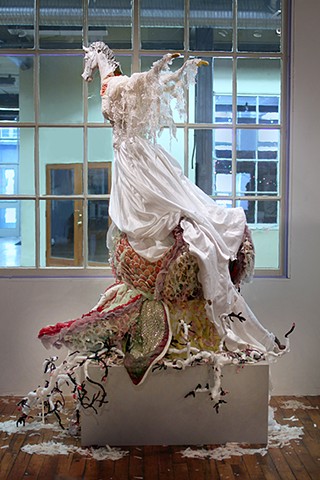 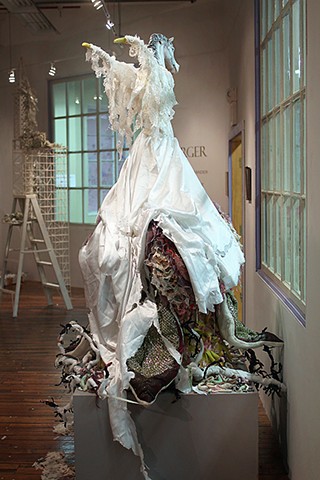 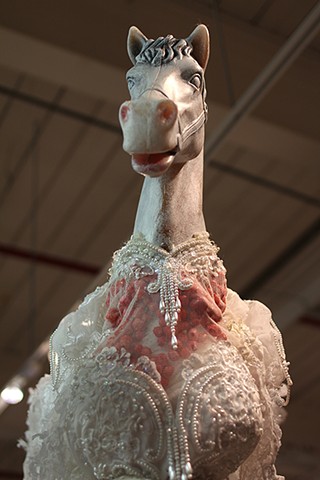 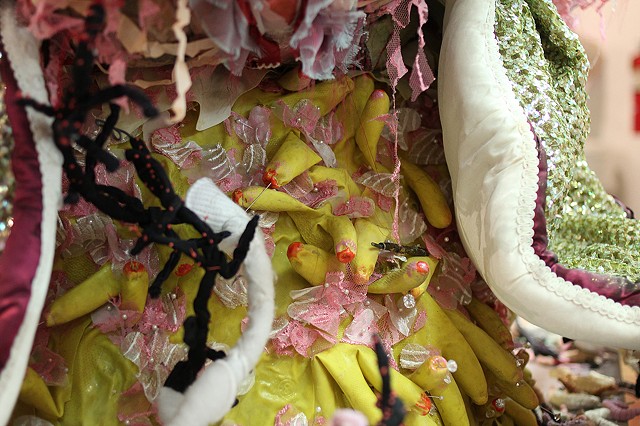 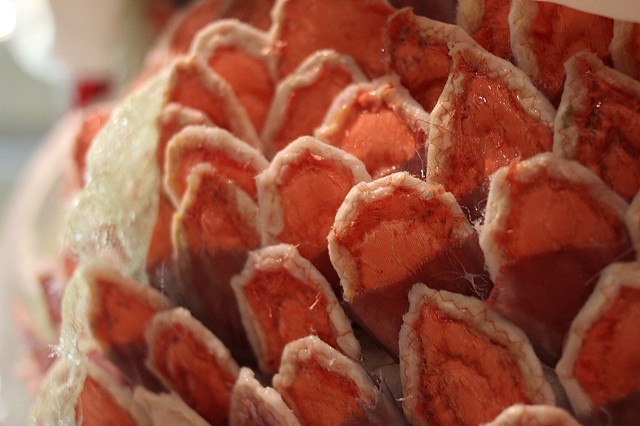 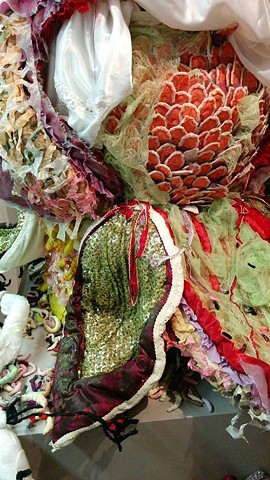 The form is derived from a toy for young girls called “princess of the flowers” . This princess happens to be a horse-headed bride. Through the mesh collar of the dress, one can see some sort of growth in the form of deep pink boils or cells spreading across her chest. The arms are drawn back into either wings of Pegasus or handle-bars (and also a nod to Laura Palmer’s “sometimes my arms bend back” line from David Lynch’s “Twin Peaks” series, as well as to Stevie Nicks’ “Gypsy” dancing costumes). The lace on the train and skirt of the dress has been cut away. The skirt is lifted and the flower petals open to reveal a mass of seeds . The flower (mirroring the toy) is elevated on a flared tier which is covered with the fingers of rubber gloves which have been crudely been modified to resemble teats. A tangle of black and white (think maybe: Snow White “white as snow, has lips red as blood and has hair as black as ebony, or just…formal wear) vines with little red bumps and petals (think: Sleeping Beauty, think of spider veins, think of the red bumps under the collar too)encircles it. The surface it sits on is swarming with worms that crawl along the vines. A closer look will find bra straps and closures revealing the material to be undergarments and stockings.