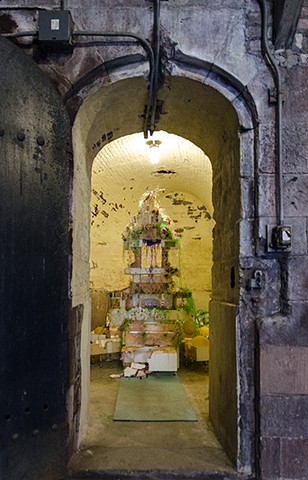 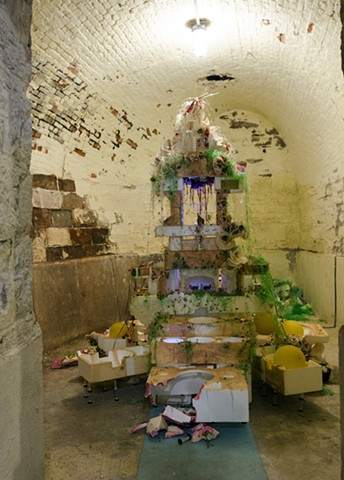 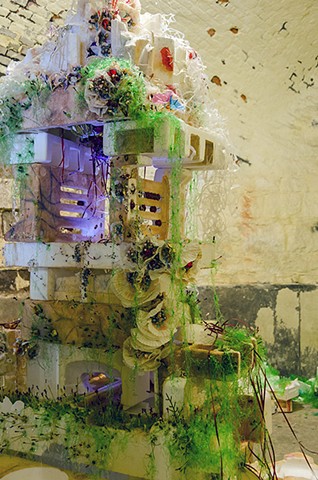 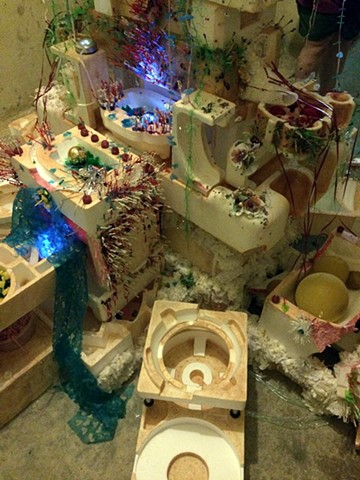 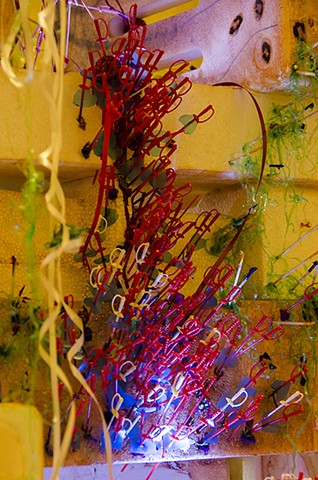 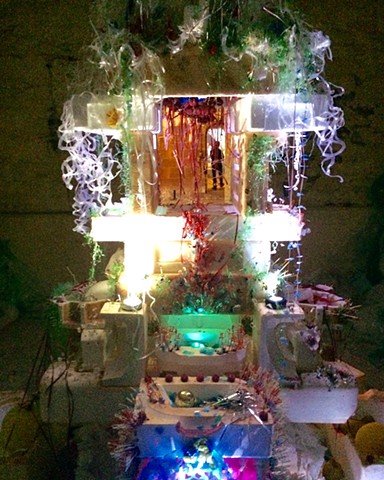 Installed in the magazine powder of Fort Jay as part of the Governor’s Island Art Fair, in this version of Ruining Wonder I used styrofoam packaging to erect and disrupt an architectural complex reminiscent of both a fantasy temple and a moldy wedding cake. The edifice is crawling with a sickness of deconstructed drink umbrellas, sequins, curling ribbon, deflated balloons, wrappers from sweet treats, artificial flower arrangements and sphagnum-like Easter grass.

The surface of styrofoam containers is treated with a marbling of liquid foundation, eye shadow and eyeliner . Resembling both skin and stone, the treatment adds to the forms feeling of ancient architecture. These mottled surfaces have been punctured repeatedly with inconsequential, disposable weapons or quills. The multitude of piercings rendered by cocktail swords’ leaves dried up trails of red nail polish while Easter grass and pieces of silk flower assembly emerge from the stigmata of frilled toothpicks.

Leading in from the doorway to the front steps of the structure is a disrespected and dirty robin’s egg blue yoga mat. Pieces along the base are smashed or crumbling, toppling over sand-timer pillars under the cool glow of battery operated nightlight LED fixtures which feel out of synch with the greenish glow of a single caged lightbulb overhead. Situated in an underground chamber 19ft long with curved walls that are almost 12 ft at the widest point, the structure’s footprint leaves just enough room to walk between it and what may be the rubble/ remnants of another past monument which line the back wall covered in a felting of easter grass and ribbon.